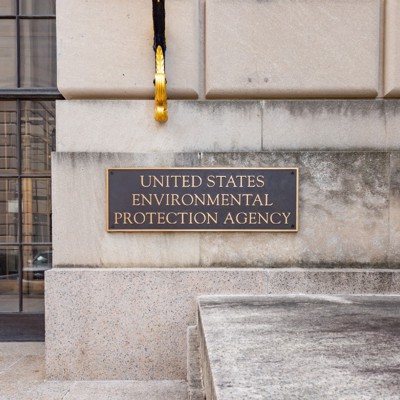 Senior leaders at the Environmental Protection Agency improperly meddled in the work of career scientists when reviewing the approval of certain pesticides in 2018, according to a new report and the agency’s own admission.

The top officials changed and omitted items from documents related to the decision to grant licenses to three dicamba pesticides, the EPA inspector general found, and created a culture in which career employees felt “constrained” and “muted” from speaking up. In addition to violating EPA’s scientific integrity policies, the tampering left the agency vulnerable to lawsuits. The IG report followed widespread allegations of political interference in the work of career scientists under the Trump administration and comes amid a governmentwide Biden administration review into instances of such meddling.

The licenses for the pesticides, aimed at protecting cotton and soybean plants, were granted without the typical peer review panels. EPA scientists told the IG such reviews would not have impacted the results, due to the unusual level of involvement by several officials at the deputy assistant administration level. Those leaders removed career employees’ assessment of concerns raised by stakeholders, the IG found, and the career staffers ultimately did not sign their names to final documents due to management’s revisions.

“Scientists reported that changes from senior management did not make sense and seemed to convey a lack of understanding of the data or analyses,” the IG said. “Multiple scientists said they felt directed to change the science to support a certain decision and that the reasons for senior managers’ requested changes were not documented.”

A decision to use plant height, rather than damage to the plant, to measure the pesticides’ effects, was among management’s changes. Career scientists said that alteration “changed the division’s scientific conclusions.” Management also based decision-making on data provided by the pesticides’ manufacturers, rather than data sources from EPA’s Office of Pesticide Programs. The IG further determined that one of the managers rewrote the scientists’ benefits and impact analysis.

The investigators instructed EPA to conduct more training sessions on the agency’s scientific integrity policy as one recommendation to eradicate such interference going forward, but EPA management said the former officials serving in the Trump administration were trained on the policies and decided to interfere anyway.

“The dicamba incident described in this draft report did not occur due to a lack of awareness of or training on the agency’s scientific integrity policy,” said Michal Freedhoff, principal deputy assistant administrator, Office of Chemical Safety and Pollution Prevention. “It occurred because [the office’s] past senior leadership consciously chose to advance a policy outcome in a manner inconsistent with the scientific integrity policy.”

Shortly after taking office, President Biden created the Scientific Integrity Task Force to combat political interference in the scientific work by federal agencies’ career employees. In addition to reviewing each agency’s policy for protecting against interference, the task force will examine what went wrong in both the Trump and Obama administrations. Several dozen career scientists from 28 agencies participated in the panel’s first meeting earlier this month. The task force is set to issue its findings in September and later will create a framework for scientific integrity policies across government.

Employees at EPA and other scientific agencies spoke out contemporaneously during the Trump years about the unprecedented interference they said they faced from political leadership, including rollbacks of previous work and tampering with research. Scientists reported being left out of key meetings, feeling fearful in their offices and a general sense of low morale.

Four advocacy groups sued EPA after it issued the licenses in 2018, leading to a federal court vacating them in 2020. Like the IG, the court found the agency “substantially understated risks that it acknowledged and failed entirely to acknowledge other risks” by ignoring or downplaying evidence of damage the pesticides caused. Career scientists told the IG those shortcomings would have been avoided if not for management’s interference.

The Center for Biological Diversity, one of the groups that sued EPA over the licenses, called the report “scathing” and said it made clear the agency should no longer approve the pesticides.

“Now that the EPA’s highly politicized, anti-science approach to fast-tracking use of this harmful pesticide has been fully exposed, the agency should cancel dicamba’s recent approval, not try to defend it in court,” said Stephanie Parent, a senior environmental health attorney with the organization. “The EPA knows that anything less is likely to result in yet another summer of damaged fields and lost profits for farmers choosing not to use dicamba.”

The IG told EPA to require senior policymakers to document any changes to scientific analyses and conclusions, including their basis for the alterations. It called for more training and a verification statement from the assistant administrator level for each pesticide license involving management to declare that the scientific integrity policy was followed, though EPA has yet to commit to implementing such a policy.

Freedhoff, the EPA official, did promise a new approach going forward at EPA, saying scientific conclusions “must be based exclusively on scientific (not policy) considerations” and her office was in the process of “emphasizing these points to all our managers.”